Relocating For Mining When You Have Children 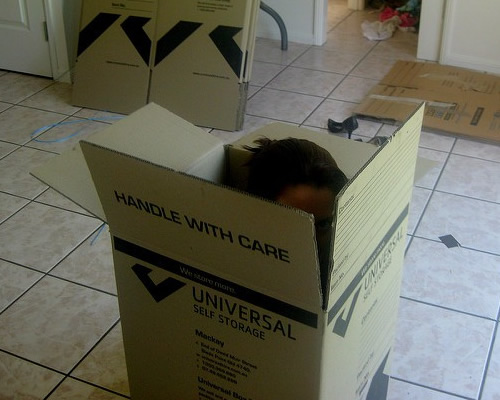 Moving to a new town, or country, for a mining job, invariably comes with challenges at the best of times. However, if you also have children you’ll certainly face a few additional challenges!

Children come with an assortment of extra ‘stuff’. It goes with the territory. They have toys, they have clothes and other bits and pieces to add to the collection of your own ‘stuff’ that you need to take with you. And woe betides you if you forget to pack a favourite toy, or item of clothing! Or lose it in transit! Then there are their moods and behaviour to contend with, on top of dealing with your own thoughts and feelings about moving.

But first, some practicalities:

It’s a fact that as we progress through life we accumulate things. And the thought of packing up all those ‘things’ and relocating them elsewhere can be daunting. Especially if you’ve been in the one place for some time. So start the packing process well ahead of time. One cupboard at a time. And use the opportunity to have a major spring cleanout. All those items you’d forgotten you had… If you haven’t missed them then chances are great to good you probably don’t really need them either. So out they go. When you’re unpacking these boxes at the other end you will appreciate your foresight in not lugging all that extra stuff with you! Not to mention the fact that it’s easier on the hip pocket because removalists charge by the cubic metre.

Make it a plan to do at least one cupboard a day and get the children involved. Get them to help decide which of their toys goes in what box, what clothes they want to be packed last so that they can be unpacked first at the new house and so on. A bit of a tip here from experts who have done this a few times. When you’re packing up the kid’s belongings, put their names on the boxes. At the new house, put signs on each of the bedroom doors with their names and ask the removalists to deliver the boxes to the right rooms.

Now what to do with all those no longer wanted items? Think about having a garage sale. Enlist the help of the kids in sorting out what to sell and setting prices for the items. Promise them a share of the proceeds. It all helps get them involved and excited about the move. But don’t plan the garage sale for the day before you’re due to leave town. If you don’t sell everything, you’ll be stuck trying to figure out what to do with it. Not to mention the fact that you’ll likely have plenty of other things to do on your last day.

When you’re packing, it’s tempting to use linen as padding. If you’re getting the removalists to do your packing for you, they’ll often ask if they can use it. Resist the temptation. Or at least resist the temptation to use linen that you’re going to want to use straight away in the new place. Otherwise, you’ll be spending a lot of time trying to find the bed linen you need to make beds when you arrive at your destination. Or the towels so you can have a bath or a shower. And it’ll be all scrunched up and likely need a wash to boot. So remember to make sure you pack enough bed linen, towels and whatever other items you’re going to need immediately in their own immediately identifiable box.

Keeps To-Do lists. Every time you think of something that needs doing, write it down. It’s a proven fact that crossing items off a To-Do list as you do them provides a huge amount of satisfaction and engenders a real sense of achievement. Plus it means you’re not running around in a panic at the last minute trying to remember if you’ve done everything you had to do.

Now for dealing with the children bit

There are plenty of things you can do to make your own, and your children’s lives a lot easier when it comes to ‘the move’.

If you have toddlers or babies, the unaccustomed activities involved in packing for a move may upset them. By starting your packing early, you can allow yourself enough time to tend to their needs without cutting yourself short on time. If necessary, get someone to look after them. Or help you with the packing whilst you attend to them. Keep their routine as close to normal as possible on both sides of the move. This will help minimise the impact of the move on them. One tip is to use the same bedding and pyjamas on their first night in the new house that they wore on their last night in the old house. That way they’re surrounded by familiar smells in their new room.

Children that are old enough to understand more of what’s going on can be told what is about to happen. Just explain it to them in a simple precise way. If they want to ask questions let them and do your best to answer. Younger children will have fairly simple queries based on what is important to them. They’ll want to know things like whether or not their favourite toy can go with them, will they have their own room and so on. If the questions have answers they may not like, such as whether or not they’ll still be able to play with their best friend, answer truthfully but provide a solution as well – “No you won’t be able to play with them but we can see if they can come to visit us sometime”.

If your children are in primary school you will want to make sure you discuss the move with them before they hear about it from someone else or overhear you talking about it. Children this age are going to have a fair idea of what they’ll be leaving behind when they move and it may upset them. Be prepared to deal with the “I hate Dad’s job”, “I’m going to hide so I don’t have to go” statements. Ignoring the actual statements whilst acknowledging the sentiments behind them is the best way to handle it. When they get upset about leaving friends behind, discuss ways they can keep in touch. Of course ultimately children this age usually make new friends pretty quickly but they likely won’t appreciate you saying something like that at this point! And as with younger children, involve them in the moving process. Let them decide where they want to put things in their new room, or what clothes and toys they want to be packed last / unpacked first.

Ah, teenage high school children…. These are the difficult guys. Most of the advice for primary school-age children holds true for these guys as well but they’re also adolescents with all the moodiness and emotionalism that comes with it. Their friends are important to them and quite often they don’t make new friends as easily at this age. Therefore it’s going to be important to allow them to communicate through acceptable channels.

This is also a good age to get your teenager used to the concept of positive thinking. Along with the knowledge that part of being an adult is learning to accept that sometimes you have to make the best of situations you’re not happy about. You can have a family discussion about the impending move. Let them express their thoughts and feelings about it all but ultimately they also have to understand why the move is happening. That it’s really not negotiable but that part of growing up is learning to accept that you can’t please all of the people all of the time.

If possible, show them photos of the new house. Pull out a map (Google Maps is good for this) and locate the house on it. Point out their new school, the shops, the parks, playgrounds, and other features.

Throw a party for their friends before you leave. Be sure to give your new address and contact details to their friends and friends’ parents. At the new place throw another party once you’ve been there long enough to get to know a few of the local families.

Involve them in the moving process – make them responsible for certain things. It may be going around the house to make sure nothing has been left behind, that all the lights are switched off, curtains closed and so on.

Pack their belongings into the removal van last, and unpack them first in the new place so that they can play with their toys and be surrounded by familiar things.

Lead by example. You may not be exactly enthusiastic about the move either but don’t let your children see that. Be a pillar of positive thinking and adaptive behaviour instead and sooner or later they’ll follow suit.