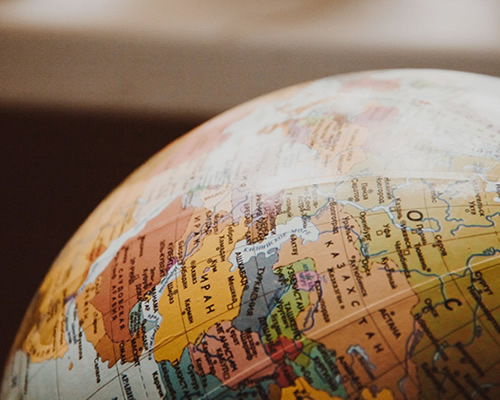 There’s no doubting the fact that mining activities are stepping up a notch in countries within Africa, South-East Asia and the Pacific. Some of these countries possess some of the only commercially viable deposits of increasingly valuable rare earth minerals. Over half the global deposits of carbonatites are located in Africa for example. This makes these countries an increasing target for exploration and mining as uses for these minerals begin to ramp up.

However, mining in third-world countries within Africa poses its own sets of problems. Not the least of these is a shortage of skilled mining professionals. That means mining companies need to bring in professionals from other countries to make up the local shortfall. Whilst some of these professionals are prepared to relocate, at least temporarily, many are not. There are several reasons for this.

Third-world countries can be notoriously politically unstable, making it hazardous to relocate entire families there. Many of them also lack the standard of infrastructure (health, education, etc) required by families relocating from overseas. This is not to say it can’t be done. There are families who have chosen to relocate to these countries and they’re doing just fine. But in many cases, it is not ideal, and families of mining professionals are unwilling to take the risk.

This brings us back to FIFO professionals and mine workers. And the unique challenges they too face trying to operate mine sites in underdeveloped, remote regions of the world.

A typical international FIFO roster for many places is 8 weeks on with 4 weeks off. This may seem like a long time to be away from home but there are worse rosters out there! Travel time to and from the site takes days, not hours, and involves long international flights, passports and customs. Many mine sites in these countries are also in remote locations with poor or inadequate road infrastructure, which adds to the travel time.

When it comes to keeping in touch with family back home, there are often considerable time differences to factor in. Often it’s daytime in one place and nighttime in the other. This can make it harder to keep in touch.

Most international mine sites employ people from many different countries speaking many different languages, which can create a considerable language barrier. Quite often the official language of the country is not the one spoken by the majority of the employees. Quite often it’s not even spoken by all the locals either, although most can speak enough of it to get by. Reading and writing it though is another story altogether. This raises another issue – depending on the remoteness of the site many locals employed by the mining company may have virtually no formal education and only basic skill sets.

Many African countries are relative newcomers to the mining industry. Therefore, their governments and their population have very little experience with mining operations. Certainly, they would have little experience with large-scale operations like gold mines. One of the problems this can cause is the implementation of hastily constructed, poorly thought out ad hoc legislation. And ultimately ad hoc legislation rarely benefits all of the people. Indeed, it generally benefits those in power with adverse effects at the grassroots level when those who are directly affected (landholders, local communities, etc) start to feel the impacts. This gets back to that whole issue of having, or not having, a social licence to operate.

On the plus side, it does provide mining companies with a fantastic opportunity to play an integral role in developing and providing training for local communities. Generally, this training and development are of an international standard in the sense that it teaches local team members about processes and procedures needed to operate a mine site to international standards.

Equipment And Lead Times For Replacements

The poor road and transport infrastructure in many third world countries, particularly in remote areas, not only impacts on FIFO travel time. It also directly impacts the mining operation itself by creating long lead times for equipment. New parts, spares and equipment are often difficult, if not impossible, to source locally. This means having to order from overseas and then rely on the local transport infrastructure to get it to the site. So a relatively simple fix breakdown can easily turn into an expensive nightmare with equipment downtime.

Invariably operating a mine site in a foreign country requires an understanding and acceptance of local cultural considerations. These may be religious, environmental or social. Consideration for example may have to be given to allowing local staff time to take part in their daily worship rituals. It may mean a particular religious or culturally significant area is off bounds for mining activities and non-local personnel.

It’s a sad fact that many third-world countries still have diseases and bugs that have been all but wiped out in developed countries thanks to modern medicine and technology. FIFO workers coming into these countries from overseas are not just at risk of contracting them; they may in some cases be at greater risk than a local population who has developed a degree of immunity.

Despite these issues with international FIFO mining jobs, there are many who wouldn’t have it any other way. The pay is generally very good, much higher than would be the case if they worked at home. The roster may be long but it also comes with an extended period of time at home. It’s possible to take the family on a decent holiday with this amount of time. Of course, all the other benefits of being able to spend an extended amount of time at home also apply to international FIFO jobs. You just have more time in which to enjoy them!