Geologists – Do They Have A Future In Mining? 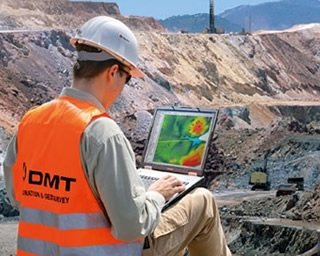 Career options for geologists have come a long way over the past few decades as the march of technology offers more and more opportunities beyond the traditional exploration and mining options. Where once upon a time a geologist could expect to spend their working years specialising in either finding minerals or figuring out the best ways to dig them up, today’s geologist is almost spoiled for choice! So if you’re an exploration or even a mine geologist concerned that the increasing use of automation to carry out jobs that were once your ‘turf’ is cutting short your future in the industry there are alternatives!

It’s also important to note that automation doesn’t necessarily mean there’s no future for geologists in mining. What it means is that geologists, like many other mining professionals, need to learn new skill sets. Robots may be taking over areas such as field mapping and routine jobs like soil sampling but ultimately it’s humans who make the final decisions about what to do with the data these tools, and that’s all they are, produce. It’s also human geologists in most cases who have to explain to higher management what the data all means!

A geology degree also opens the doors to a range of specialist fields within the industry. Some of these fields are becoming increasingly important in today’s mining industry. One of those is the issue of water. Water and water management in fact loom as one of the very real areas of concern for the industry as we explained in several previous articles. It’s becoming an increasingly valuable commodity and one the industry can’t do without. However, this requirement often puts it into direct conflict with other water users, like local communities, other industries, and surrounding eco-systems. Waste mining water contamination of entire ecosystems for example has highlighted the need for companies to step up and take more responsibility for the water that flows out of their various (often toxic) mining processes. Water shortages in some areas have also forced mining companies to think outside the square and figure out alternative sources, like treating seawater or sewage water.

The mining industry however can also take pride in the fact that these trials and tribulations have allowed it to establish itself as a world leader when it comes to innovative and co-operative solutions for sourcing, treating, and managing water. This is where geologists come in. A degree in geology opens the doors for a career as a hydrogeologist. This field of geology is involved in water management. It includes managing the quality, quantity, reliability, and sustainability of water resources. In relation to mining, a hydrogeologist can be involved in wastewater and water pollution management. In terms of the broader community, a hydrogeologist may be involved in locating water resources, assessing their size, quality, and future potential use, much the same as they would another resource.

There’s also a future for petroleum geologists in mining or there will be for the foreseeable future at least. Electric vehicles aren’t expected to totally replace fossil fuel-driven ones until at least the middle of the century! That being the case, oil and gas companies will still need to find new gas and oil fields and for that, they need petroleum geologists. These professionals are experts at studying the earth’s surface layers looking for clues as to where the next ‘big find’ might be hiding. They’re also responsible for assessing its size and precise location and then coming up with the best way to bring it to the surface. Modern technology has made much of this process a whole lot easier and in many cases, a whole lot safer as well!

Another branch of geology that has a good future, although it isn’t necessarily within the mining industry, is environmental geology. These geologists are involved in many aspects of planning regional and urban areas as they relate to geological structures – land use planning, waste disposal, environmental health, prevention of pollution, and compliance with environmental laws. They’re tasked with a range of responsibilities including ensuring the use to which land is being put doesn’t adversely affect its stability or cause environmental issues, identifying potential natural hazards and mitigating them plus a range of other environmental and geological related issues that invariably arise when society decides to inhabit a particular area.

Aligned with this field of geology, and often confused with it, is engineering geology. However, there are differences. Engineering geology focuses more specifically on the relationship between geology and civil engineering projects, and the effective application of geology to those projects. They’re also involved in developing groundwater resources. The engineering geologist is responsible for the type of detailed geological mapping that needs to be done prior to construction work commencing. They identify the earth’s structure in that particular location including the soil types, rock structures, and their location, and groundwater flows. They then provide feedback to civil engineers around how construction should proceed in order to minimise risks and hazards associated with building a particular type of structure on particular geological features. They also study the impact of land use on geological structures.

A relatively new specialty within the geology ‘spectrum’, and one that also has a future within the mining, is medical geology​. Medical geologists study the effects of geological materials (dust, various soils types, rocks, etc) on human (and animal) health. As mine sites are places where a lot of these types of materials can be found, it makes sense to believe that mining companies would be interested in the services of medical geologists!