The Value Of Start-Ups To The Mining Industry 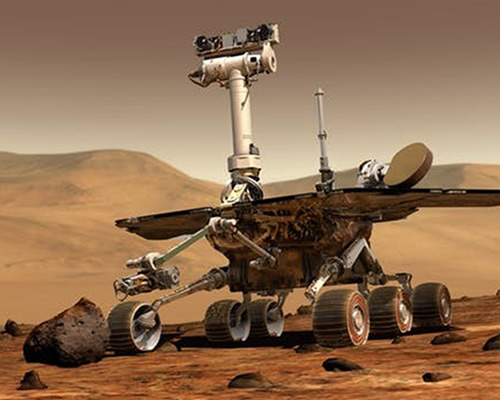 The mining industry is a world leader when it comes to certain types of innovation, notably in the areas of automation and water use. However, much of this innovation wouldn’t be possible without start-ups. When New Year’s Eve 2017/18 rolled around, there were some 200 start-ups globally working on mining-related projects. Many of them are located in the mining powerhouse economies of the world with Australia and the US not surprisingly topping the list for sheer numbers of start-ups. However, when it comes to the most popular cities for start-ups there are a few surprises. Santiago in Chile for example has more start-ups involved in mining than any city. The other surprise is that the city most often associated with Australia’s mining industry is not where most of the start-ups are located. That honour goes to Brisbane, possibly because that state government has actively sought to implement programs for mining start-ups on the proviso that they’re located in the state. That puts the country’s major mining city Perth firmly in second place. Ironically, this is where start-up accelerators like METS Ignited are based. Melbourne and Sydney round out the top 5 cities for mining start-ups globally.

A start-up is loosely defined as a new company or business. However, many new companies wouldn’t necessarily consider themselves start-ups so it begs the question. What makes a start-up intrinsically different from other newly established businesses? One answer comes from Natalie Robehmed via a 2013 Forbes article. She mentioned that a start-up is typically distinguished by its ‘ability to grow’ rapidly and by the way it’s ‘designed to scale very quickly.

Some of the most successful businesses today started out as start-ups. Take WhatsApp, the mobile messaging app that Facebook paid a cool $19.4 billion for in 2014 because, in Zuck’s words, it had at the time ‘more engagement and a higher percentage of daily users than Facebook’. And who hasn’t heard of Buzzfeed, also another start-up based on an idea that happened back in 2001. That idea has since morphed into a large conglomeration of platforms and well over half a billion viewers every month.

Various analysts have defined 5 things that make the difference between success and failure for a start-up. The biggest is the correlation with success is timing. If you get this right, you’re off to a great start. Second is the quality of the team behind the start-up and their ability to put a plan of action in place and then execute it successfully. The idea surprisingly is only 3rd in importance for success or failure. Clearly, a good idea isn’t going to get very far if it isn’t the right time for it, or the team behind it doesn’t plan and execute that plan well! Fourth in importance is the business model, and fifth is funding.

These factors make the world of mining start-ups very exciting. Timing for example. The next mining boom is now happening so the time is absolutely right for start-ups involved in technologies that can be utilised by the mining industry. Secondly, mining companies have begun to understand that many of the mining practices of the past are no longer socially, environmentally, or economically viable in today’s world. That previously amorphous concept called ‘social license to operate for example is very much alive and well, and empowering people in communities affected by mining to take a lot more interest in what’s going on in their back yard. Then there is the very real shortage of qualified mining professionals, in part a legacy of the industry’s history of boom and bust hiring and firing habits. Combine these and you have a situation ripe for start-ups who want to develop technologies that can assist the mining industry in addressing these and other issues.

Popular areas for start-ups that want to attract the interest of the mining industry are:

Technology – currently over a third of start-ups in the mining industry are involved in developing technology that either provides solutions to existing problems or helps streamline various processes and procedures.

It’s also an area with huge almost unlimited potential in the industry, particularly with the growing focus on automation and remote operation. Start-ups involved in developing the wireless sensor networks needed to collect machine-to-machine data for example are attracting interest from mining companies. Likewise, the development of applications that utilise cloud networking to facilitate things like machine intelligence and learning, and automated mine site operations, are increasing of interest as is the development of machine learning itself. Exploration data management systems to are moving online with web-based applications that allow users in multiple locations to access and work on the same data. In some cases, this data is also captured remotely via web-based applications. The technologies that make all this happen are increasingly being provided by start-ups who are in turn receiving funding from the industry.

Drones AKA Unmanned Aerial Vehicles or UAVs are another technology mining companies are increasingly interested in. The majors like Rio Tinto and BHP already use drones to carry out a range of tasks. Amongst other things, they’re used to survey, inspect, and map areas considered unsafe work environments, including the tops of buildings, large pieces of machinery, and toxic waste dumps. One company is using drones to conduct inspections of vessels out at sea, and their use in underground operations is increasing.

Other areas of technology in which start-ups are providing considerable value to mining companies include:

Infrastructure solutions increasingly being provided by start-ups can be found in areas such as civil construction, FIFO, accommodation rentals, and catering and food services. This may include the development of spatial communication platforms that allow workers to build intelligent 360° virtual work sites before committing to the real deal. It may also include delivering operational systems that simplify and improve efficiency and sustainability in infrastructure construction and project management.

When it comes to operational considerations, start-ups are increasingly providing solutions that help mining companies:

The environment is another area where the mining industry is finding itself increasingly at odds with the community and also local authorities. Many companies are already doing something about it with the help of start-ups, including:

Start-ups can also assist the bean counters! They’re coming up with excellent solutions for finding exploration funding and other necessary funds. And they’re even helping management handle company image and shape reputation through platforms that can leverage market sentiment!