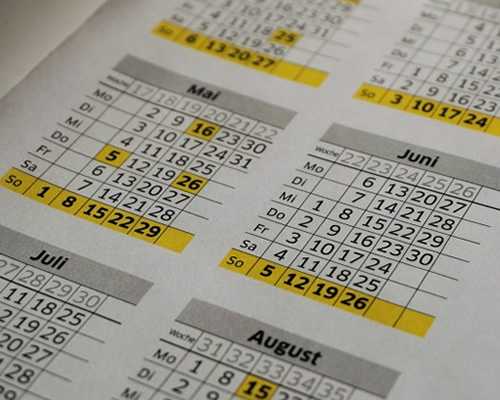 In May of this year (2018) Rural and Remote Mental Health​, an Australian not-for-profit public company specialising in providing mental health programs and services for those who live and work in rural and remote Australia, presented a report called Psychological distress in remote mining and construction workers in Australia​. Whilst the report obviously deals with a range of mental health issues in Australia’s FIFO mining communities, it did raise some interesting points around rosters. Points that seem to fly in the face of previous findings.

For example, previous studies like this one ​and also this one ​had concluded that higher levels of psychological distress typically occurred in those who work longer rosters ie 4/1. This new study though found that it was those on shorter swing rosters (ie ~1/1 and ~2 /1) who exhibited, or were more likely to exhibit, higher levels of moderate psychological distress. Those on a 4/1 swing were found to be LESS likely to do so.
Another point the study found was that mineworkers who also feel stressed in general about their roster length, regardless of whether that length is 1 week, 2 weeks, 4 weeks, or longer, are also at higher risk of psychological distress.

Why Is This So

The authors suggested that one reason for these disparate findings could be the fact that this particular survey included a significant number of underground mineworkers who typically aren’t captured so much in research studies of this nature.

Interestingly, the research also differs from the results of a Mining People website poll​ conducted in February 2018 which found that of the 1,056 people who took part, nearly one-third (30.21%) said the 8/6 was their preferred roster swing. Coming in at second place was the 2/1 roster with 25.85% of the votes. The other common roster lengths listed in the poll were 4/3, 9/5, and 12/9. The 4/3 and 9/5 rosters were the least popular amongst those surveyed.
What can we surmise from the results of industry polls and studies like these? Because obviously an 8/6 or even a 2/1 roster swing appears to hit a sweet spot with both employers and employees.

With respect to the popularity of the 8/6 roster in Australia at least, there are several points that spring to mind. It presents a good life/work balance for families, particularly those with school-age children still living at home. Being away for only 8 days and home for 6 allows the FIFO partner to be home for a significant part of each fortnight. It means they can participate more regularly in daily routines with their family, and be present for more of those important events like birthdays, concerts, sports days, and the like. That takes some of the load off the non-FIFO partner and also creates a somewhat more ‘normal’ family life.

Companies stand to benefit too because ensuring they strike the right balance with roster swings brings significant advantages. Top of the list is the fact that when FIFO employees are satisfied with their roster they’re going to be a lot more productive. Happier workers also mean fewer sickies, fewer resignations, better workplace morale, higher quality work, fewer workers comp issues, and so on.

Most FIFO positions involve 12-hour shifts, and often rotations between day and night shifts too. For health reasons, people can only really keep that routine going for so long without a break. Ultimately, the longer a worker is rostered on to work without a decent break, the more chance there is that issues with fatigue will develop. This in turn impacts workplace safety and obviously employee productivity.

This makes the findings of the RRMH study – that workers were more likely to get psychologically distressed when they were on these shorter rosters than they were on the longer 4/1 roster – interesting. The authors did however point out that the surveys were done on-site in the workplace, in a pressured environment, and with groups of anywhere up to 100 workers. These factors are all conducive to producing potentially biased results if employees feel obligated, even with the promise of complete anonymity, to give ‘socially desirable’ answers. And it’s also difficult under those circumstances to assess how much of a possibility this type of bias could be.

Another contributing factor to the RRMH study findings around these longer roster swings may be that they allow workers to adjust better to day/night rotations, with a corresponding reduction in, or potential for, psychological distress. We touched on this in a previous article – Living In A Mining Camp. Switching backward and forwards between day and night shifts, particularly on short rotations, messes with our biological clock or circadian rhythm​. In fact, the type of rotations that are typical of these shorter roster swings is proven​ scientifically to be one of the contributing factors in FIFO worker health problems. Not to mention the O H and S risks that can happen when workers are handling mining equipment whilst not at their fully functioning best!

Financial Implications Of Even Time Rosters

Even time rosters, or those where workers do a 50/50 rotation between work and time off, are not as common in mining as they are in oil and gas where rosters of 4/4 are frequently seen. You’d think 1/1 or even 2/2 rosters would be very popular with FIFO workers – equal amounts of time at work and at home. However, there are cost implications for companies with respect to these types of rosters. The typical 2/1 or even the 8/6 roster, only needs 3 crews if those crews alternate between day and night shifts (and many do). At any given time there will be one crew on day shift, one on night shift, and one on R and R – each crew cycles through a week of day shift, a week of the night shift, and a week of R and R. An even time roster, however, needs 4 crews because there will always be 2 on R and R unless the crews themselves are continually rotating workers across panels according to their individual rosters.

Even time rosters also don’t pay as well for employees. Someone on a 1/1 roster for example (7 days on / 7 days off) who works 12-hour shifts may get to spend longer at home but they also take a pay cut to do it. When you do the maths, 7 days working 12-hour shifts followed by 7 days off (or any length of even time roster) over the course of a year works out at 2190 hours a year spent working with the same amount of time off. Someone on a 2/1 roster working 12-hour shifts on the other hand works 2920 hours over the course of a year. That’s a significant difference in pay cheques, and the gap increases the longer the rostered ‘on’ time is in comparison to the ‘off’ time.

Even time or close to even time rosters do suit some people though and this raises another point – different rosters attract different types of employees. 8/6 or similar rosters are popular with workers who have a family and young children. Younger workers, or those without families, may prefer the 2/1 roster setup. And those who want the really big bucks may opt for the longer rosters like 4/1 or even 15/13.