The Impending Skills Shortage In Mining 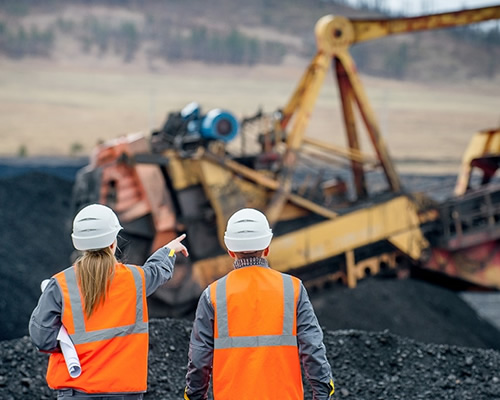 If you’re a mining executive or CEO you probably should be worried. Very worried! Why?

As the industry begins to pick up pace after the last bust, several pertinent facts are emerging.  And it isn’t just mining that is affected.

The State Of The Global Workforce

Apart from a number of select ‘cool’ industries, notably in the technology sector, many industries globally will be confronted with several big issues in the next 10 to 20 years. Maybe even sooner in some countries, and in some sectors. These issues are:

The Very Real Problem Of An Aging Workforce

In the US, a study commissioned by the Society Of Petroleum Engineers some years ago noted the following alarming trends:

Despite these dire warnings, the situation doesn’t appear to have improved much since the report was written.  It’s also a scenario, especially for the mining, oil, and gas industries, that is being repeated around the globe. In 2014 for instance the Arabian oil and gas industry noted similar problems. This report from that industry notes that nearly 50% of the applicable skilled engineering workforce GLOBALLY will be reaching retirement age in the next decade. That is going to leave a huge hole as the industry struggles to attract and develop new talent.

It also appears to be a common theme that far too many companies, in general, have not realized the significant impact an aging team of skilled and experienced executives has on their future. For example, the Sloan Center on Aging and Work National Study of Business Strategy and Workforce Development found that many companies generally are not aware of the looming mass retirement of baby boomers. Therefore they’re also not prepared for it! The study for instance found that of the companies surveyed:

In other words, < 10% of those companies had a real handle on just how many of their employees were approaching retirement age and when these retirements would happen.

In addition to this, less than one-third of the companies had made a firm commitment to recruit employees of disparate age groups to balance out the effects of retirement within their organisation.

The Very Real Breakdown In The Executive Replenishment Cycle

It’s also been estimated that the average on-job experience of new talent entering the workforce is between 0 and 4 years. However, the retiring generations of executives and senior management have spent decades honing their skills to get where they are today. In an ideal world, there would be enough middle management and mid-level personnel coming up through the ranks to replace them. Likewise, there would be lower-level team members ready to move up to middle management and more senior roles. And a continual influx of new and younger employees coming in to replace those lower levels as well.

Unfortunately for industries like mining, the continual boom and bust cycles combined with the traditional cost-saving method of laying off employees during bust times has cost the industry a fair % of its middle and lower management. These are the people who would normally move up the ranks naturally to replace exiting senior management. The ones who already have the requisite job experience and training needed for those senior roles! However, many of them have left the industry altogether after being retrenched during the last bust and moved into other more secure industries. This leaves a gap of experience, expertise, and qualifications right underneath senior management. It’s a gap that is going to be extremely hard to fill given the length of time it takes for someone to gain the experience and knowledge required to move into upper management.

The Very Real Challenge Of Attracting Young People Into The Industry

Both the above issues are exacerbated by the very real lack of new talent coming into the industry generally.  By way of an example – it’s estimated that by 2020 the annual enrolment figures in mining engineering courses in one of the worlds leading mining economies will have plummeted from the ~300 seen during the last boom to less than one-sixth of that number. That’s around 50 or fewer mining engineers graduating right about when the current boom will be hitting its straps with a corresponding increase in the demand for skilled qualified personnel.2017’s total mining engineering intake across that country for instance was just 171 and it’s only going to get worse. This particular country is not alone in this trend either! It’s happening everywhere globally. Further to this, as enrolments drop so too do the courses being offered.

Why aren’t young people pursuing a career in mining?  Engineering is one of the best-paid careers out there for new graduates, and mining is generally one of the best paying industries overall. This alone should make a career in mining, and in engineering, attractive to school leavers. Unfortunately, though the trade-off is the bad reputation the industry has as a long-term stable employer combined with the increasing remoteness of most mine sites.  And, to be brutally honest, many of today’s millennials, the up and coming generation of professionals, have been brought up in a world where most things can be provided at the touch of a few buttons and a bit of technological wizardry. The world of remote locations, long hours, and the ever-present knowledge that you could lose your job when the next bust comes along is not a welcoming one. Yet for those who are prepared to take up the challenge, mining can also offer some of the most rewarding careers available.